Aquaforce choses Jeddah for its Logo Launch to celebrate the Country that allowed the company to grow up during the years and expand the business with 3 agencies in Dubai, London and Milan. A story of success that a passionate family had across three generations bringing brands that best reflect this contemporary lifestyle. The company will be in Jeddah BIG5 exhibition from 9-12th March 2015 representing  6 brands: Rubinetterie DueGi, Ottone Meloda, Schmitt Armaturen, Onda, Domus and Allflex. Most of […] 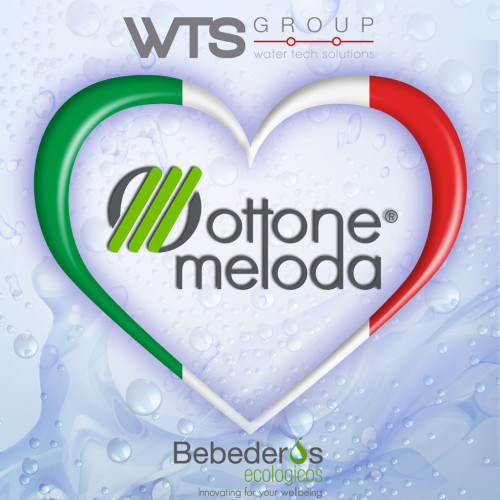 WTS Group achieved the acquisition of Ottone Meloda in partnership with the Italian-Mexican entrepreneur Fabio Covarrubias, who is both actively working on project sin Mexico and the U.s. The Covarrubias family Industrial Group operates in many sectors, such as : agro-industrial, mining, fertilizer, manufacturing, real estate and commerciaI.
Thanks to the dedication and commitment of over 3.000 employees, the industrial group exceeds revenues of 500 milion dollars per year.
Fabio and his brother Alessandro, are shareholders of “Bebederos Ecologicos a globally leading company in technology for the treatment of water for human consumption. Through this company, they will actively participate in the promotion and sale of prestigious Ottone Meloda products.
WTS Is a group of companies, leader in the production of taps, such as the Italian WTS Spa, with its own brands Vega, Zipponi ,Ledasan, as well as Teorema and Savil, and the French brand Kramer.

Sales of over 50 milion Euro, 50.000 m2 of covered production area including the new unit of San Maurizio d’Opaglio and more than 120 Employees in Europe situate WTS Group among the leading Italian producers in term of turnover, production capacity and amplitude range.
Through their experience and abilities, both commerciai and industriai, local and global, WTS Group and the Industriai group of the Covarrubias family create strong synergy.

This union and their financial capacity , represent the best premise to ensure an immediate return to production , as well as a fast and important growth into current Ottone Meloda markets and expansion into other with enormous potential, like the American market.

Schmitt Armaturen, one of the leading providers of bathroom mixers operating across Europe, Middle East and Africa, has participated in the BIG 5 Dubai 2014. The company exhibited its product portfolio through an impressive and luminous display, which illustrates its core identity: German bathroom mixers The Big 5, which is the GCC’s largest international building and construction show, has been held from November 17 – 20 2014 at the Dubai World Trade Centre. This internationally-renowned event attracts thousands of suppliers […]